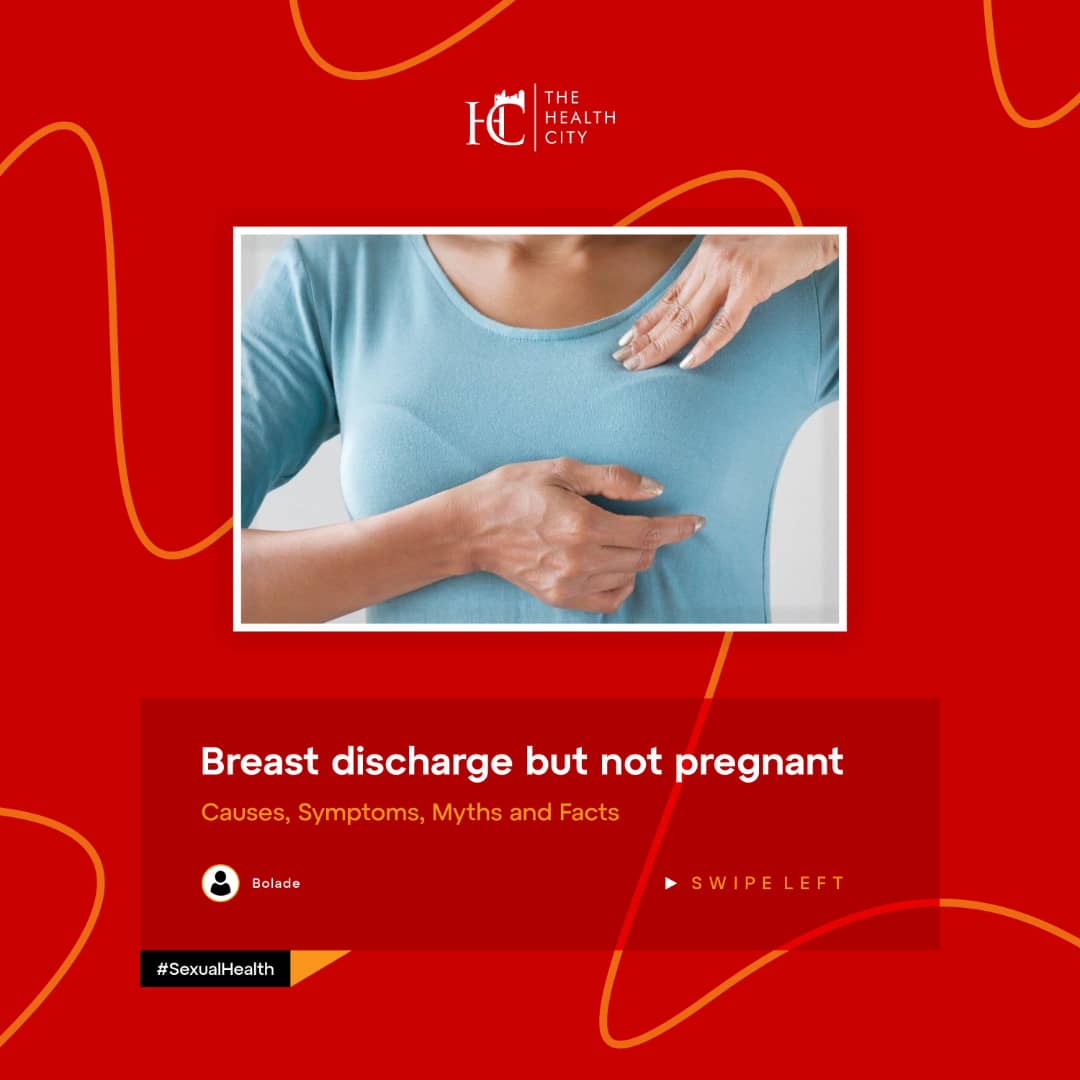 Some time ago, my 18-year-old younger sister called me on a random morning complaining about her right breast. One of her breasts had been secreting milk for a few days. My heart skipped a beat, No jokes. Your first guess is as good as mine. As a yoruba girl that I am, the first question that came to mind, Are you pregnant?

At that point, my heart was racing. No, she answered. "Thank God" was my next response with a heavy sigh of relief. I had to refer her to see a doctor as I was still in pharmacy school at that time.

Galactorrhea is a condition where a woman's breast(s) produces milk or milky discharge even though she is neither pregnant nor breastfeeding. It may come from one or both breasts, whether sensitized or not, maybe heavy or light in amount.

Is it only women that experience galactorrhea?

No, Men can experience galactorrhea.

Men with testerone deficiency and breast enlargement with tenderness can experience milky discharge from their breasts.

It may and may not be normal. Most times, apart from pregnancy and breastfeeding, there is usually an underlying cause that caused an increase in the hormone called PROLACTIN ( the hormone responsible for milk production). The causes include:

Use of medications such as antihypertensives, anti-depressants and some birth control pills.

Are there other accompanying symptoms with Galactorrhea?

Yes, this is because the underlying condition has varying symptoms such as:

Is Galactorrhea linked to breast cancer?

No, most cases of galactorrhea are not related to breast cancer. In many cases, the condition goes away on it own.  Although, women with high prolactin levels are at higher risk of breast cancer. Consult a doctor if you have any form of breast discharge to rule out any possibility.

VASECTOMYVasectomy is a contraceptive method that involves a minor surgery...

After seeing that my sex drive has significantly reduced, I...

WHAT ARE THE CARDINAL SIGNS OF OVULATION?

I have read and heard people say that ovulatory signs...