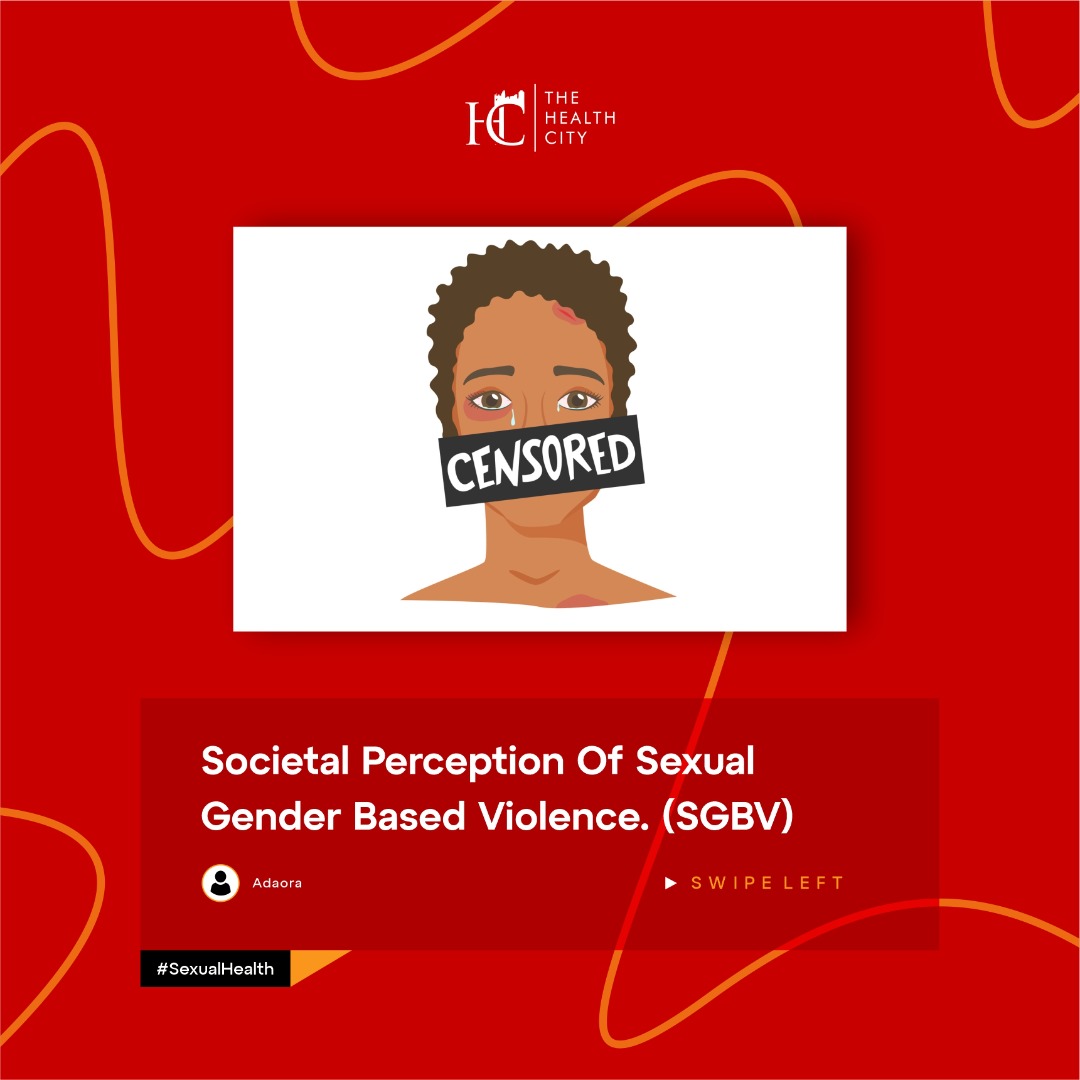 Sexual gender-based violence being a subset of Gender-based violence entails sexual harassment, pervasive activities, meted out on a survivor based on their gender identity. The societal norms destructively create an unhealthy perception of appropriate sexual orientation. Some of these perception sustain the occurrence of SGBV, overlooks gender equality and makes it even more complex for the society to tackle SGBV.

Some of these are protecting the family name over the safety of women, purity culture, men's authority to discipline women/girls, and lots more which does not encompass women's safety, but rather a means to deprive them of their rights.

Seemingly good premises that has beenidentified as the social expectation that a woman will obey her husband and fulfill her gender prescribed duties to his satisfaction.

Also, protecting the family’s dignity by not reporting violence/assault to avoid stigma associated with being a victim, husband’s right to force his wife to have sex, lack of status for women, and forced marriage. Some others project that indecent dressing, keeping late nights, walking alone in a lonely path, drug and alcohol over-usage are more reasons why women are exposed to danger of rape, sexual assault, harassment and gang raping.

To mention more, the society heaps the blame on survivors of SGBV rather than the perpetrators; they ask girls to not wear a short skirt, instead of chiding the rapists. How do we create an equilibrium in such system where family names are more valuable than a girl in the family who is constantly being raped by a near family? when all anyone else is concerned with protecting their family name?

In some communities, there is a lack of inclusion; women are not allowed to have a round table discussion. Not because they lack comprehension but a flimsy reason as, ‘she is a woman.’ And then what?...

Statistics have it that 1 in every 3 girls, at some point before 18, had been sexually abused. This is a colossal score and should we allow sleeping dogs to lie and give more power of abuse to perpetrators? Simply because girls cannot and are not expected to measure up to their male counterparts?.

Cultural perception of marriage is a harmful norm as it suggests that early marriage is imposed on girls as a way to ‘preserve’ their honor, while also relieving the family from the burden to provide for them. The most prevalent perception is that when men practice violence, they do it with confidence that they will not be punished. This is largely due to limited intervention, or lack thereof, when SGBV takes place, reinforcing a culture of impunity.

Most often a woman or girl is blamed for the sexual assault or other form of GBV and the family and larger community can respond with judgement of her behavior, which can result in the family abandoning the victim. It reflects the acceptance of sexual violence and other forms of GBV as expected or even normal and that women and girls need to limit their activity and actions to prevent men from assaulting them, as men are not able to control their behavior if they are “tempted” by women. While some other reports has it that show men are likely to use SGBV as a coping mechanism when struggling to meet their gender expectations of being the breadwinners.

Against societal perception, there exists no justification for S/GBV, as it leaves women on a precipice; of all forms, harm and in the long run introduce gender strive.

Causes, Symptoms, Myths and FactsSome time ago, my 18-year-old younger...

VASECTOMYVasectomy is a contraceptive method that involves a minor surgery...

After seeing that my sex drive has significantly reduced, I...

WHAT ARE THE CARDINAL SIGNS OF OVULATION?

I have read and heard people say that ovulatory signs...