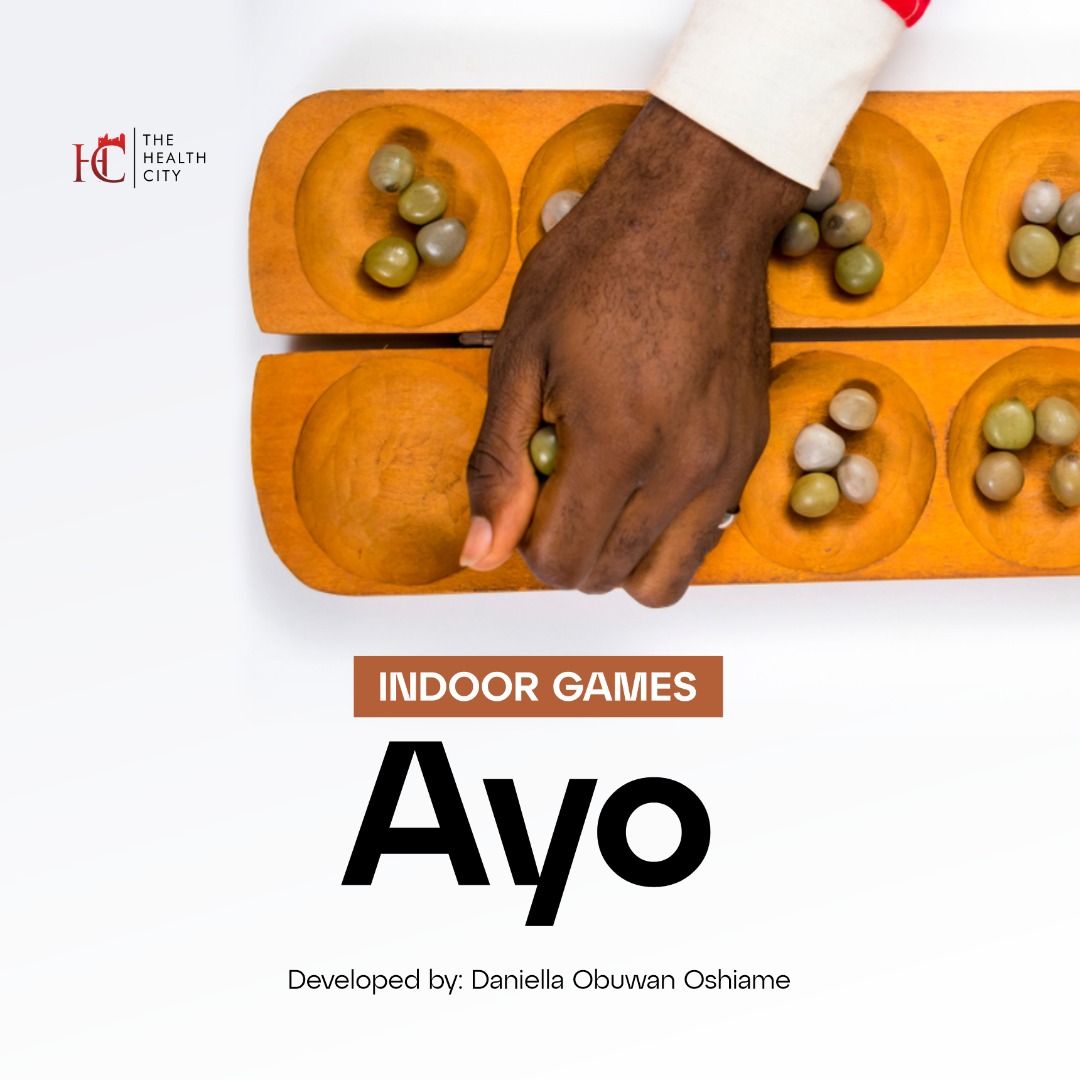 Ayo is one of the oldest indoor games played in Nigeria by all people of all ages. Each time I think of the Ayo game, I remember Baba Rotimi, a die-hard fan of the Ayo game. Baba Rotimi plays it like his life depends on it. Baba Rotimi always won every game he played, no one could beat him. That's who you call an expert!

Ayo is a very popular intellectual game played throughout West Africa, especially by the Yoruba people of southwest Nigeria. It is termed the "Game of the Intellectual" because it requires a lot of mathematical skills. This game is played between two people in a carved wooden box, with 48 Ayo seeds. The carved box has twelve holes (six holes on each side) and (four seeds in each hole). Each player owns one of the rows.

The goal of the game is to win all the holes on the board byapprehending as many seeds as possible in each round.

How is it Played?

Each player takes all seeds from one of the holes and quickly sows them counterclockwise. The two players individually skip the starting hole when sowing the seeds (that is, no seed is dropped in the starting hole even if more than 12 seeds are to be sown).

A player can win the seeds in all the six holes on his competitor's side. Thus each player has to protect all the six holes on his or her side. When the last seed is sown in an empty hole, the player apprehends any seed in the opposing hole if this hole is owned by the player. When one of the players can't move anymore, the game is over. The opponent apprehends all the seeds that are left on the board, making him or her the winner of the game.

This brainpower game is very addictive and engaging, making it a perfect game to play during this summertime.

Think back to the last time you ate so much...