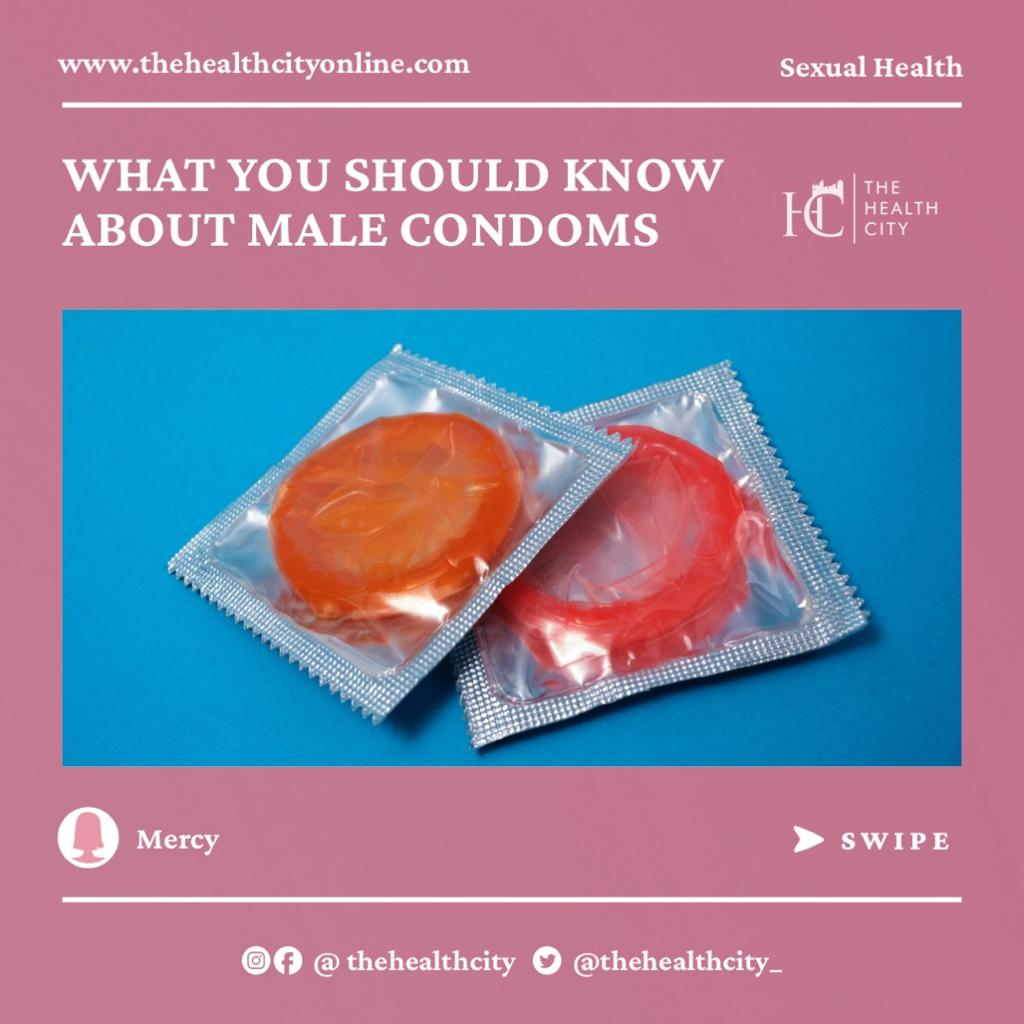 Two out of hundred people will become pregnant in 1 year when male condoms are used as contraception.

This entails that the risk of unwanted pregnancies and abortions will be greatly reduced.

A male condom is a thin sheath formed in the shape of the penis. It covers the erect penis and prevents sexual fluids from passing between people during sexual intercourse

Well, they have nicknames too! Some include: rubbers, condies, connies, CDs.

It comes in different sizes and flavours. The width often ranges from 45mm - 56mm. The flavoured ones are usually for oral sex. It can be ribbed too. All of these are for attainment of satisfaction by both partners.

Its tip makes it easier to accommodate the semen after ejaculation. The tip is also pressed while wearing it to ensure that there's no air bubble in it to avoid breakage due to pressure.

When used properly, it is effective in preventing Sexually Transmitted Infections. It is also about 98% effective inpreventing pregnancy.

Male condoms are made primarily from latex. They are secondarily made from polyurethane, polyisoprene, lambskin.

If you have irritations such as itching, hives and even difficulty with breathing while using a latex condom, it is most likely an allergic reaction to the latex. You can try out condoms made from a material like polyurethane.

Using an oil-based lubricant such as Vaseline, bay oil, body lotion et cetera can weaken the latex and cause it to break. However, water-based lubricants are safer to use with latex.

When next you want to get and use a male condom, I hope these tips are useful. Stay safe!

Mercy is a first-year Nursing Science student who is passionate about writing on topical issues about health. She's a fan of nature photography.

Oral contraceptives (birth control pills) are hormone-containing medications that are...