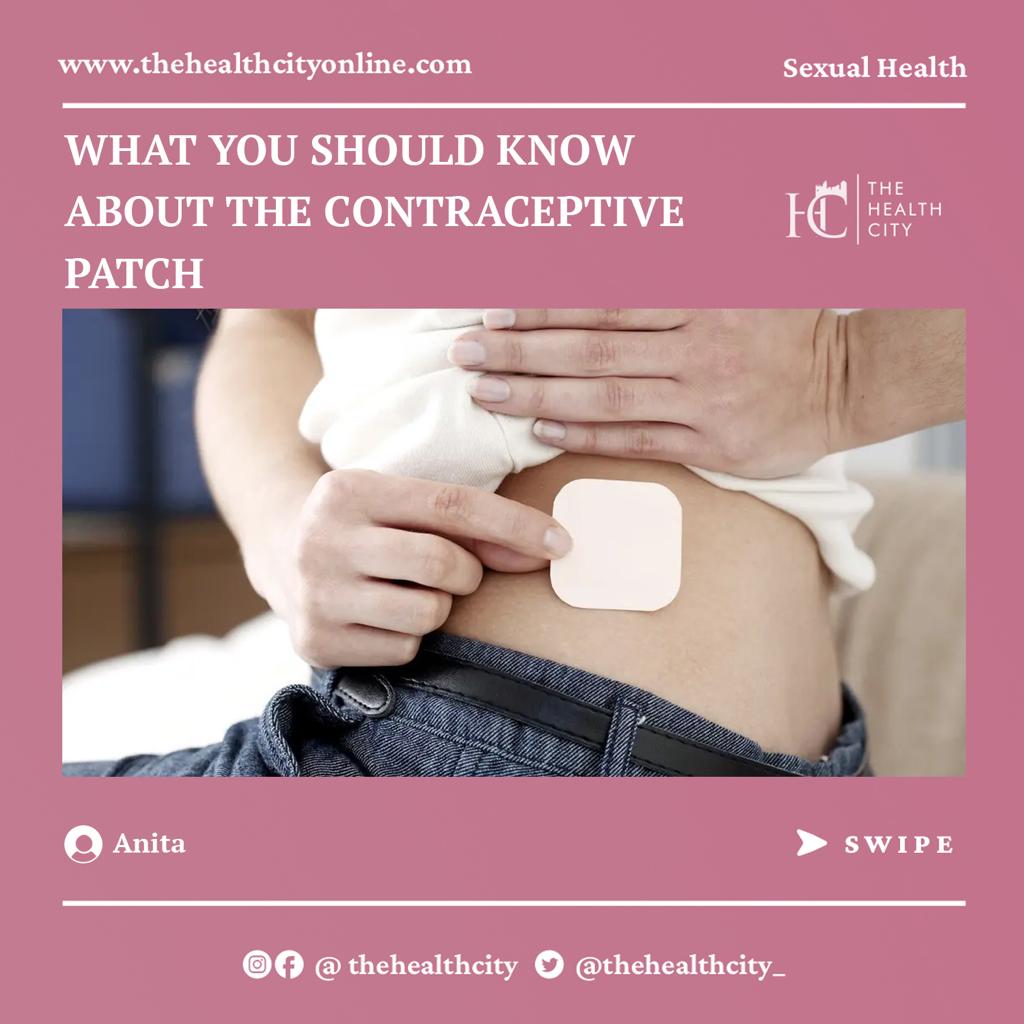 Like other forms of contraception, the goal of a contraceptive patch is to help the user prevent pregnancy. The patch is a sticky square that delivers oestrogen and progestin hormones through the skin into the bloodstream. These hormones help to prevent ovulation, thicken the mucus of the cervix, and prevent the egg and sperm from fertilizing. Itcan be placed on the abodomen, buttocks, upper back, or the outer area of the upper arm. A contraceptive patch lasts for one week and it is replaced on the same day every week for three weeks. Do not wear a patch on the fourth week. Only one patch can also be worn at a time. Using more than one at a time is oversabi and it doesn’t mean that it will be more effective. Don’t overdose your body o! When used perfectly, it is 99% effective at preventing pregnancy. However, we are humans and we cannot all use the patch perfectly every time. It could be because the user forgot to replace it as expected, is using certain medications, or did not place it properly. This reduces its effectiveness to 91-93%.

Like I mentioned earlier, the contraceptive patch is an hormonal method and it can make menstruation lighter, more regular and less painful. It can also help to reduce the symptoms experienced before menstruation starts (known as premenstrual symptoms or PMS. The contraceptive patch can also help with iron deficiency and acne, and may help to prevent ovarian cysts and cancer(ovarian, womb and bowel) . However, one can experience other side effects including, but not limited to, breast tenderness, nausea, irregular bleeding, abdominal pain, dizziness, weight gain, and headaches. Because the contraceptive patch sticks to the skin using adhesives, it is also possible to experience skin irritation, allergic reactions, and/or contact dermatitis.

The contraceptive patch is one of the easiest modern contraceptives to use but it is important to remember that the contraceptive patch does not provide protection against sexually transmitted infections (STIs). If you need to protect against STIs, use condoms. Remember to also regularly test for STIs. The earlier you know your status, the better you are able to treat and/or manage your symptoms. Certain factors such as weighing over 90kg, breast cancer, blood clotting disorders, stroke, heart attack, or pregnancy may make the patch ineffective for you. This is why you should speak to your family planning or health care provider before using a contraceptive patch as they would be able to guide you on deciding whether the birth control patch is best for you.