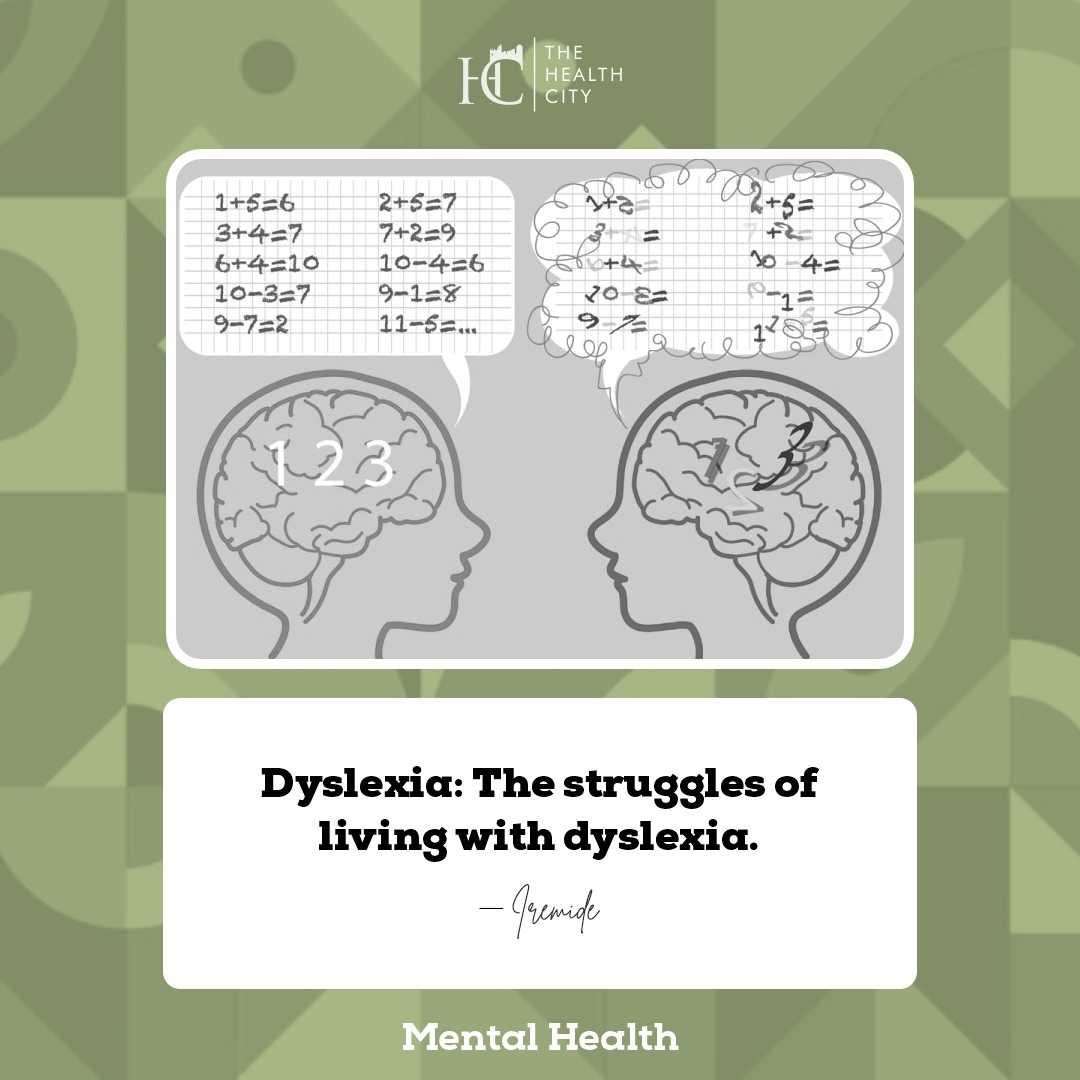 She just couldn’t make sense of the words jumbled in the textbooks and notebooks.

But she’d hoped all those would pass away , she was even studying a course she loved , Mass communication…

Why do the words not make sense ?

Why can’t I just understand that definitions are saying this and methods explaining that, then I’ll just be able to pass my exams. She needed desperately to pass her exams else she’d loose the momentum she had managed to gather so far .

Her roommate seeing her confusion and anxiety, decided to help and spoke to a doctor friend of hers, an appointment was scheduled and she visited the doctor

She realized at the appointment that her inability to pronounce words smoothly which had made her into an introvert was all a part of a condition that she thought was just a problem with words. She was suffering from Dyslexia. The consultations helped her to see the big picture on the condition

She had always wanted to be a part of a group of friends , have fun, go out and experience together

But she remembered in secondary school how she had failed at making words coherent enough to belong to group of girl friends, the viscous laughs at her incoherent words had forced her into a shell that had remained intact ever since then , she avoided any situation where she would have to talk or make too much words in a bid to hide what she thought was a bad case of stammering .

The doctor also spoke about how sometimes when she was younger she had never figured how a cat was not a goat and how neither was a dog, the words and the images never just added up in her head. She still had issues about that in identifying objects even after seeing them over and over again.

Anne was so relieved to discover that she was not stupid or plain dumb like she had always feared, there was a name to her condition and therefore a solution to her problems.

She was referred to a neurologist and a private tutor , and after series of texts and assessments , she commenced various sessions and tutorials, she began seeing improvements. Her tutor took her through learning process that helped to break the big and difficult worlds into smaller units that began to make sense

Today was her last session for the year and she was so excited to tell her tutor about her grades in the dreaded exams, she had passed, she also couldn’t wait to tell her about her new friend. Things were looking up and she was enjoying life better without the fear and anxiety of failure that had always plagued her .

Mental Health Advocate, medical student given to helping people learn about the conditions of the mind and overcoming these problems.

Dyslexia is a reading disorder, it is characterized by difficulty...

Verbal abuse most of the time, is not regarded as...