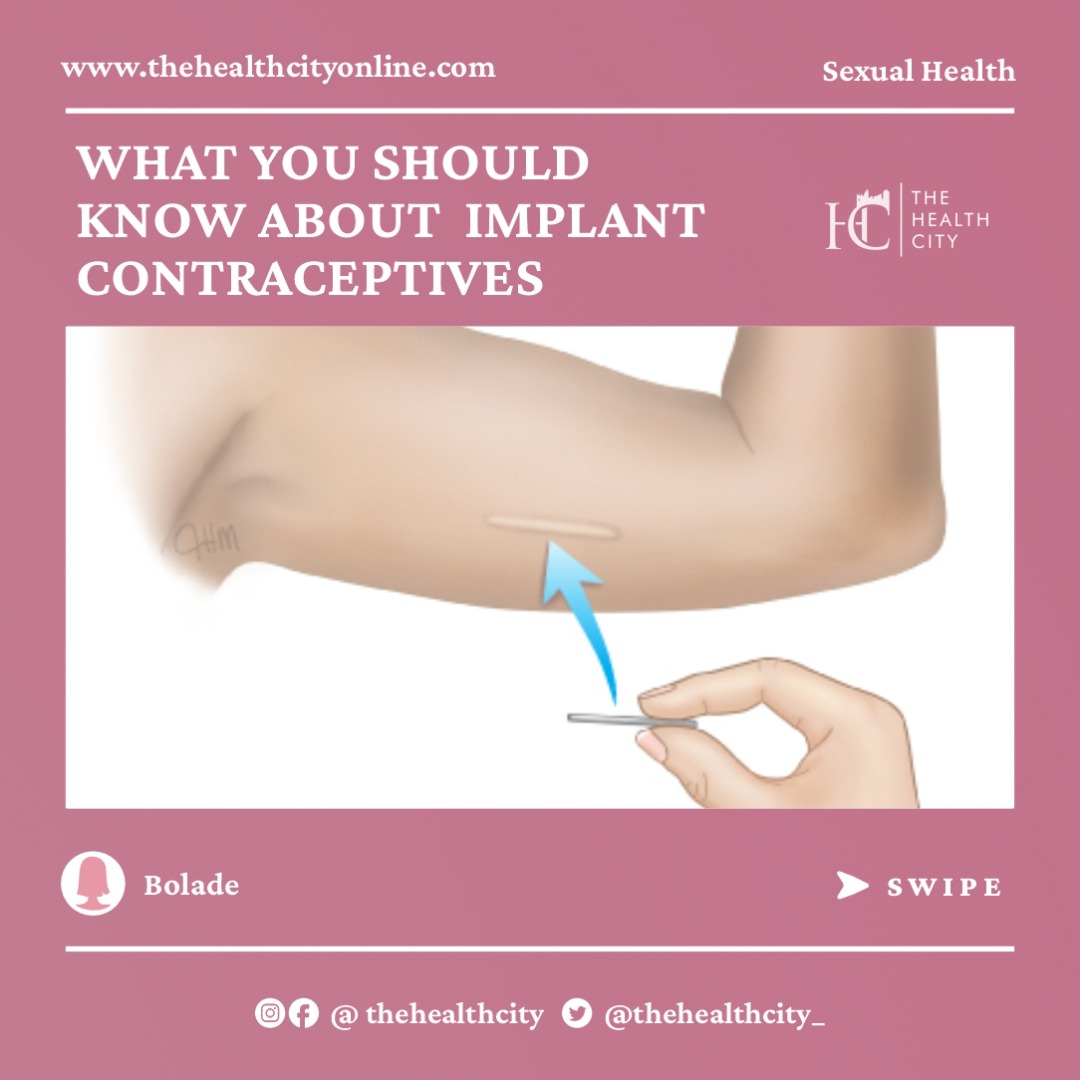 Recently, I got into a conversation with my elder sister who was concerned about the available family planning options. Little background story, she got married three years ago and in those 3 years she haspopped out two babies. If you live in my country Nigeria, you would understand having babies is not cheap. Anyways, she had tried the most common ones her midwives had advised which included withdrawal method, calendar method and hormonal pills and none of them had been effective. She needed a method that could be sustained for a few years. This prompted me to consult my friend who is a medical practitioner who educated me on implant contraceptives.

What is contraceptive implant?

A contraceptive implant is an implantable tiny thin flexible rod about the size of a matchstick which is placed under the skin by a medical doctor or a nurse. They are referred to as long term birth control options. Contraceptive implants are known to be 99% effective.

How do contraceptive implants work?

• Progestin thickens the mucus on the cervix making it difficult for the sperm to swim to the egg, when the sperm cannot meet the egg pregnancy cannot occur.

• Progestin also thins out the lining of the womb making it difficult for the implantation of a fertilized egg.

• Progestin also prevents the release of eggs from the ovaries. No ovulation, no eggs and no fertilization.

How long are contraceptive implants effective?

Its typically effective for up to 3 years but can be used for up to 5 years.

• It is very effective. Contraceptive implants have 99% effectiveness.

• Convenient use. It doesn’t require any pre-coitus preparation and post-coitus routine.

• It’s cost-effective. Although maybe pricey but the cost evens out as the years pass by.

• It is reversible. It can be removed and re-inserted anytime.

• It is safe for people who can’t use estrogen birth control methods.

• It may reduce heavy periods or period pain.

• It must be inserted by a qualified medical doctor or nurse.

• Although rare in the situation of a broken implant, it may require surgical intervention.

Can I get pregnant with the implant?

Implant contraceptives are very effective. This is not impossible as it can occur in rare situations. However, the risk of pregnancy occurring increases after 3 years of not replacing the rod.

Can implant contraceptives stop the period?

Yes, it can. Within the first 6-12 months when it is first inserted, you may experience irregular, heavier, lighter or no menstruation. Typically, these side effects go away after a few months when the body gets used to the implant.

When it is first inserted, you may feel some bruising or tenderness at the site of insertion. However, it should go after a while.

When would the contraceptive implant start working?

It immediately protects from pregnancy if it is inserted within the first 5 days of your cycle. If inserted any other day of the cycle, you would need to use additional protection for 7 days.

Why does the contraceptive implant cause bleeding?

The most common side effect of Contraceptive implants is a change in the bleeding pattern which may be lighter, heavier or no menstruation in some women.

Can a contraceptive implant break or bend while in the arm?

Yes, this is possible but quite rare as it is placed securely in the upper arm.

Can contraceptive implants cause infertility?

Typically, fertility is restored once the implant is removed.

Contraceptive Implants are recommended in women who are breastfeeding or who are 6 weeks post-partum as the hormones are not secreted in the breastmilk and they do not alter lactation in breastfeeding mothers.