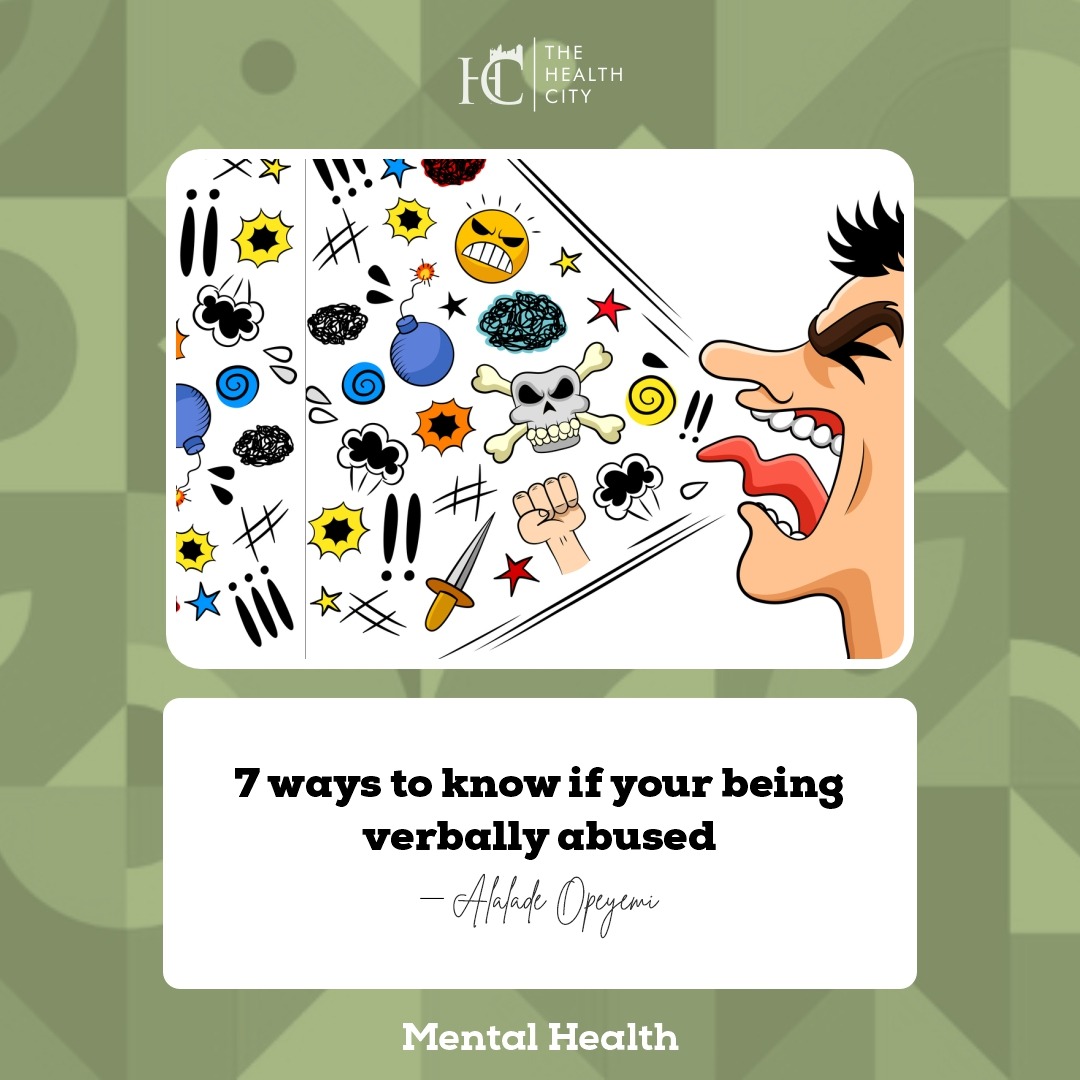 Verbal abuse most of the time, is not regarded as a form of abuse because it seems like a normal means of communication. In this article, I will be showing you ways to know if you are being abused verbally.

Verbal abuse is not exclusive to a type of relationship. It can occur in a romantic relationship, family relationship, parent -child relationship and even in the workplace either between the employer and employee or admist co workers.

The ways for you to know if you are being verbally abused are:

1) Names calling: One way for you to know if you are being abused verbally is when someone or some people constantly calls you names such as insults or derogatory words. Even if the names are being called on a neutral tone, it damages your self esteem and makes you second guess your actions.

2) Word shaming: Verbal abusers are always with the intention to degrade you. Another way to know if you are being verbally abused is when they use critical, sarcastic, or mocking words with the intention of putting you down.  These words may include comments about the way you dress, talk, or your intelligence. You end up felling inferior or ashamed of who you are.

3) Making jokes at your expense: When you are always the target of the joke, it is a way for you to know if you are being verbally abused. Your area of weakness or vulnerability is always the attacked area. You have to check yourself.  It is not fun anymore if you don't find the jokes funny.

4) Public humiliation: If your friends or family takes delight in insulting you in the public which can be extremely painful and hurtful. You might need to distance yourself from such people. Public humiliation is another way of abusing a person verbally.

5) Criticism: If you notice that you get criticized in a mean way which is aimed at correcting you but harming you. You might be getting abused verbally. You should not feel worthless or less after a criticism.

6) Yelling, screaming or swearing at you: This is another way to know if you are being verbally abused. The goal of the people who abuse verbally is to manipulate you into submission, giving them control over your life. They do not care about you but them. These actions are not to be tolerated, endured or excused.

7) Threats Making: This also another way to know if you are being verbally abused. The person makes threat to control you or manipulate you into doing their bidding. They want to scare you and make you fearful of them.

You have to be deliberate about breaking free from verbal abuse.

I am a health writer and enthusiastic about improving lives through public dissemination of information about your health.

Dyslexia is a reading disorder, it is characterized by difficulty...

Anne had always found it difficult to learn or focus...