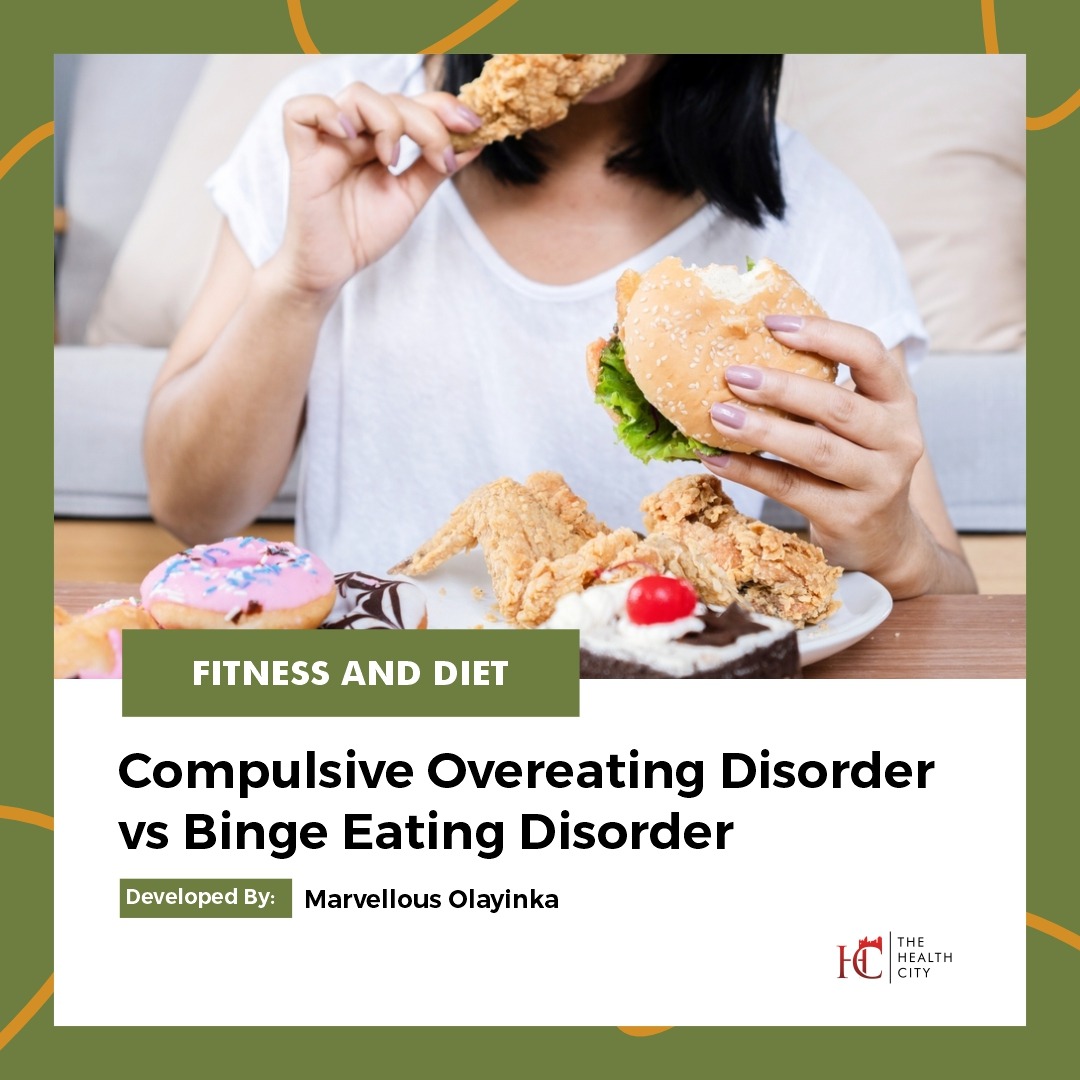 Think back to the last time you ate so much food, you felt uncomfortably full. You could barely move. Perhaps it was the last Christmas when you were busy relishing chicken or it was last week when you were alone in the comfort of your room and loading up on jam donuts and cocacola.

Everyone overeats every once in a while, but sometimes it gets out of control for some people and it results in compulsive eating or binge eating disorder. Recent studies reveal that many people around the world are living with different eating disorders.

What is compulsive overeating?

Why do people indulge in compulsive overeating?

There are various reasons why people overeat, and these include boredom, stress, heartbreak, anxiety, depression, social pressure, etc.

What is a binge eating disorder?

Binge eating disorder, (BED) is a serious mental health problem that is often overlooked and underdiagnosed.

The DSM5 (Diagnostic and Statistical Manual of Mental Disorders, 5th Edition) characterized binge eating disorder as a diagnosable psychological disorder in 2013, which is defined as a severe and treatable eating disorder characterized by recurring episodes of eating large quantities of food often to the point of unease; feeling a lack of control during the bingeing, experiencing shame or guilt afterward; and not using unhealthy compensatory means, e.g vomiting, using laxatives or diuretics or exercising excessively) to control binge eating.

Myth: People who binge eat are all overweight or obese.

Regardless  of body size, anyone can binge eat based on their thoughts, feelings, and behaviour around food. More often than not, in an attempt to lose weight, many people resort to harmful and restrictive dieting plans, and in the long run, the person feels extremely hungry on most days, frustrated, and they end up binge eating.

It takes more than willpower to curb binge eating disorder since it’s a psychological issue. People who binge eat are often perfectionists who, in their attempts to lose weight or for whatever reasons, subject themselves to a lifestyle of unrealistic dieting and end up craving more food.

Myth: Binge eating disorder is not a big deal.

What are the signs and symptoms of binge eating disorder?

The following signs and symptoms are diagnostic of binge eating disorder:

Eating uncontrollably, even when you are not physically hungry.

Feelings of shame, guilt, and disgust after overeating.

Eating alone or in secret because of embarrassment about the quantity of food eaten.

How is binge eating disorder treated?

The good news is that binge eating disorders can be managed and treated, and there are various treatment options tailored to meet your individual needs.

There are different treatment strategies and they are broadly classified into:

Consult with your doctor or therapist to get the best treatment if you suspect you have a binge eating disorder.

Marvellous Olayinka is a medical student and a freelance medical writer. In her spare time, she reads fiction and non fiction books, watches Kdramas, and draws with lead pencils.

I had a friend back then in secondary school who...