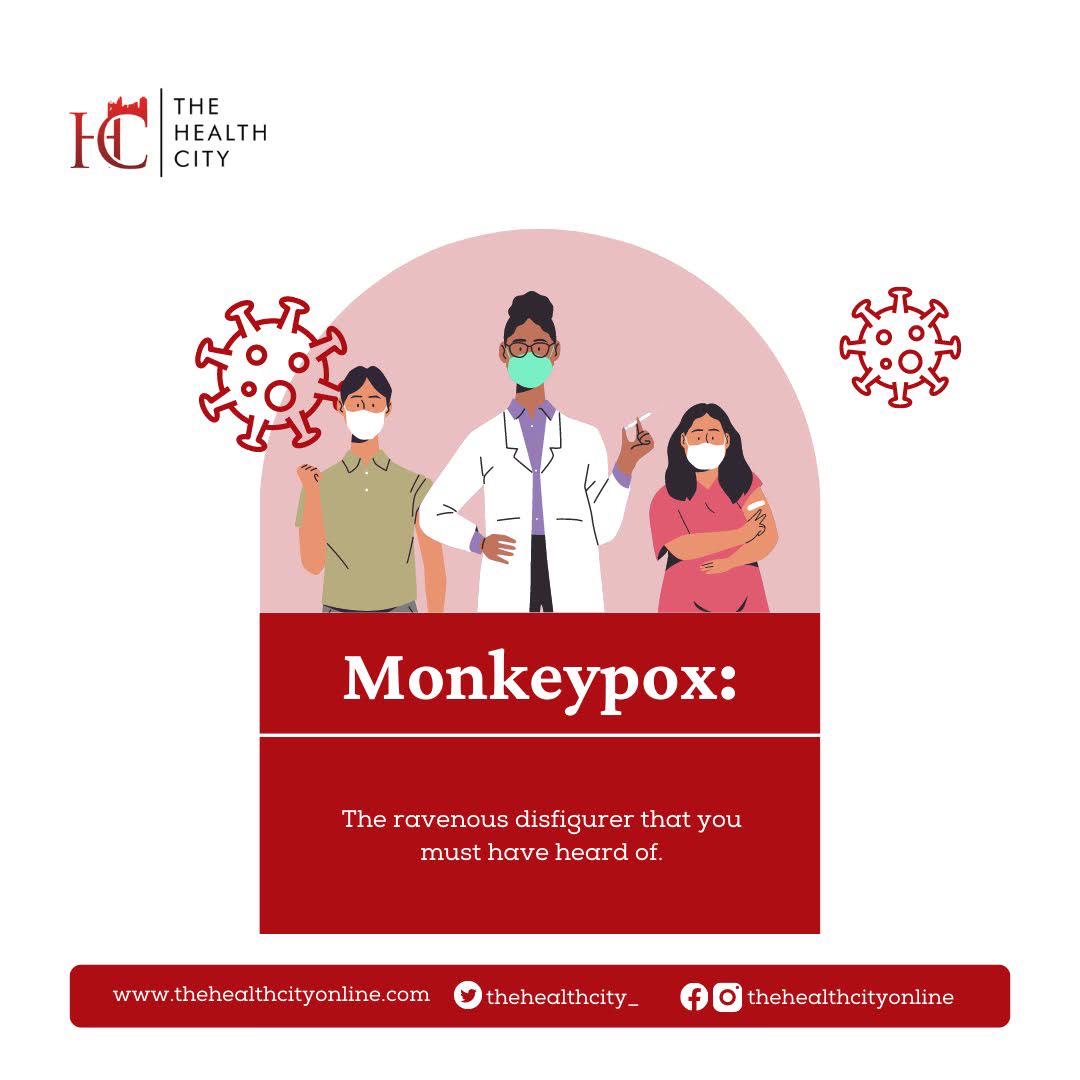 Monkeypox:  The ravenous disfigurer that you must have heard of.

This rare disease is caused by an infection of the monkeypox virus which is part of the same family as smallpox. Its symptoms are similar to those of smallpox but moderate and rarely fatal.

It was discovered in 1958 when two outbreaks of a pox like disease occurred in colonies of monkeys kept for research.

Monkeypox is a disease of global public health importance as it not only affects countries in west and central Africa but the whole world.

In 2003, the first monkeypox outbreak outside of Africa was in the United States of America and was linked to contact with infected pet prairie dogs. These pets had been housed with Gambian pouched rats and dormice that had been imported into the country from Ghana. This outbreak led to over 70 cases of monkeypox in the U.S.

Multiple cases of monkeypox were identified in several non endemic countries from September 2018   May 2022. And that's why there has been an increasing cause for concern.

Host And Transmission of Monkeypox

Different animals have been identified as susceptible to the monkeypox virus. This includes; rope squirrels, tree squirrels, Gambian pouched rats, dormice, non-human primates etc. Further studies are needed to identify the exact reservoir(s) and how virus circulation is maintained in nature.

While close physical contact is a well known risk factor for transmission, it is unclear at this time if monkeypox can be transmitted specifically through sexual transmission routes.

The infection can be divided into two periods which are:

The invasion period (which lasts between 0-5 days) is characterized by;

The skin eruption usually begins within 1- 3 days of the appearance of fever. The rash tends to be more concentrated on the face and extremities rather than on the trunk. It affects the face (in 95% of cases), palms of the hands and soles of the feet (in 75% of cases). Also affected are oral mucous membranes, genitalia and conjunctiva as well as the cornea. The rash evolves from macules (sore with a flat base) to papules (slightly raised firm sore), vesicles (sore filled with clear fluid), pustules (sore filled with yellowish fluid), and crusts which dry up and fall off.

Severe cases are common among children.

Severity of monkeypox is based off on;

Although vaccination against smallpox was protective in the past, today persons younger than 40 to 50 years of age (depending on the country) may be more susceptible to monkeypox due to the lack of smallpox vaccination campaigns globally in recent times.

Complications of monkeypox can include;

Antivirals, such as tecovirimat (TPOXX), may be recommended for people who are more likely to get severely ill, like patients with weakened immune systems.

If you have symptoms of monkeypox, you should talk to your healthcare provider, even if you don’t think you had contact with someone who has monkeypox.

WHAT ARE SEX LUBRICANTS?

Sex Lubricants are substances that help reduce wear and tear;...