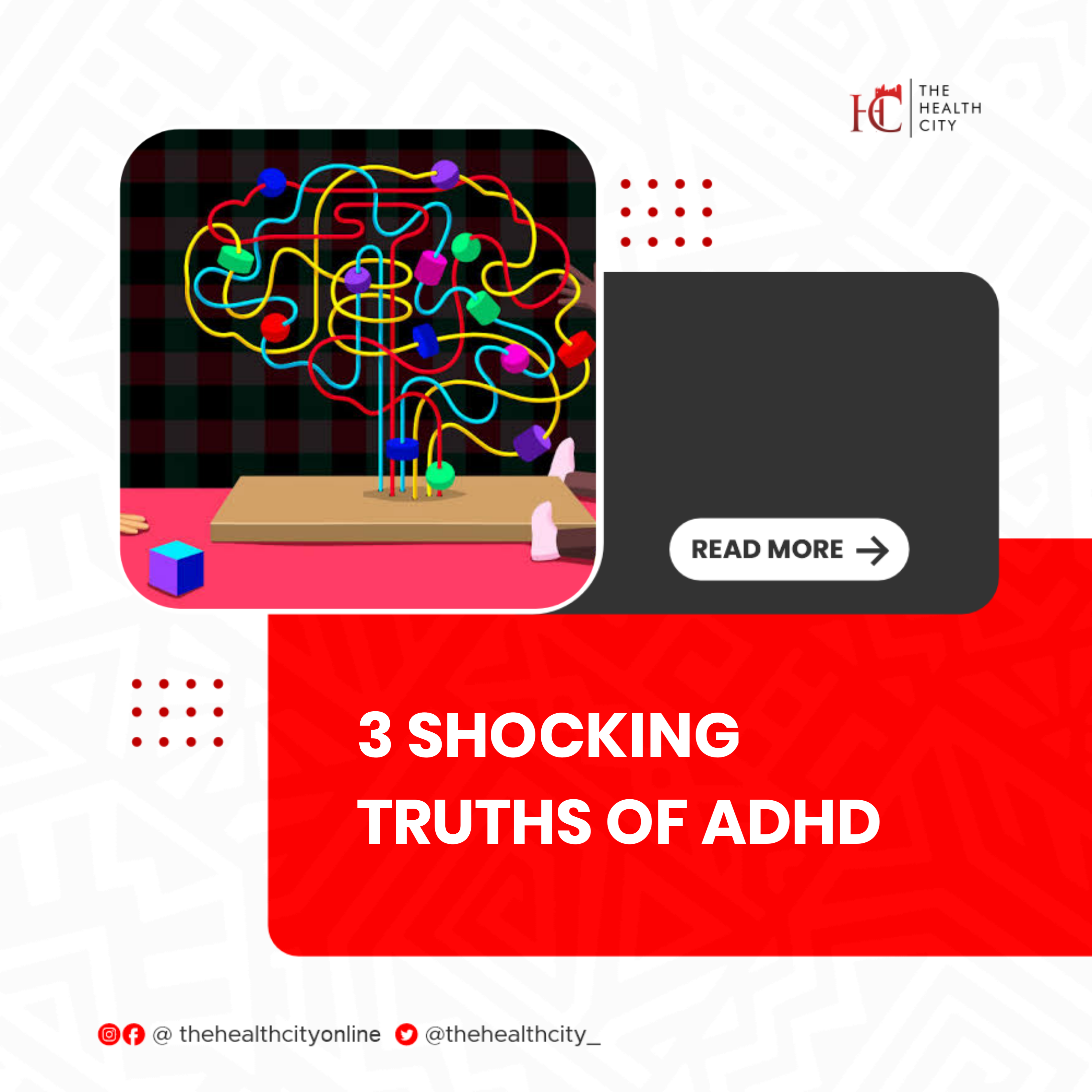 Attention Deficit Hyperactivity Disorder (ADHD) is a chronic condition characterized with 3 major symptoms including attention difficulty, hyperactivity and impulsiveness. It is a neurodevelopmental condition occurring in childhood, and children with this condition are perceived as being impolite , immature or weak. In this article, I will attempt to reveal some truths about the condition and why the children with ADHD act the way they do.

The first shocking truth about ADHD is that, symptoms can mutate from time to time. Usually, children with ADHD can present in 3 different ways depending on the type of symptoms that are strongest in such a child. They can present either as:

a) Predominately Inattentive presentation: children find it difficult to pay attention to details, organize activities or finish tasks. Such children are easily distracted and forget details of their daily routine.

b) Predominantly Hyperactive Impulsive Presentation: these children can’t sit still, fidgets and talks a lot, they can run around, jump or climb constantly. An impulsive child interrupts conversation, grabs things and speak inappropriately, they are also at  increased risk of accidents and injuries.

c) Combined Presentation: These children have symptoms of both presentations in equal proportion.

In children, the symptoms change from one type to the other and so they can present with different forms over time as well.

The second truth about ADHD is that it can progress into adulthood, ADHD is not just a condition limited to children, since sometimes it remains undiagnosed and so symptoms can progress into adulthood. Adults with ADHD have difficulties at work, in their personal lives and in maintaining relationships as their inability to focus affects multiple aspects of their lives. Their symptoms may vary as they age and can become more extreme as the demands and pressure of adulthood increases.

The third truth about ADHD is that although the occurrence of the disorder has nothing to do with time spent watching Tv or spent on the internet has postulated by certain school of thoughts, limiting the amount of daily screen time from Televisions, computers, phones and other electronic devices can play a key role in maintaining the health of children with ADHD, other contributors to their health include diet modification and increase in outdoor activities.

Although ADHD is a chronic medical condition, it can treated with a combination of behavioral therapy and medication depending on the age when diagnosed, monitoring and modifications based on outcome of the treatment regimen are also important in the management of ADHD.

Mental health is not a joke

THINGS THAT YOU DO THAT ARE ACTUALLY SIGNS OF ADHD

If you’ve ever wondered whether you have attention deficit hyperactivity...

Polycystic ovarian syndrome (PCOS) is a hormonal imbalance caused by...

Did you know lemon is more than a fruit

The lemon is a round, vibrant fruit from the flowering...