PUBERTY : WHAT YOU SHOULD EXPECT (SIGNS) IN BOTH MALES AND FEMALES 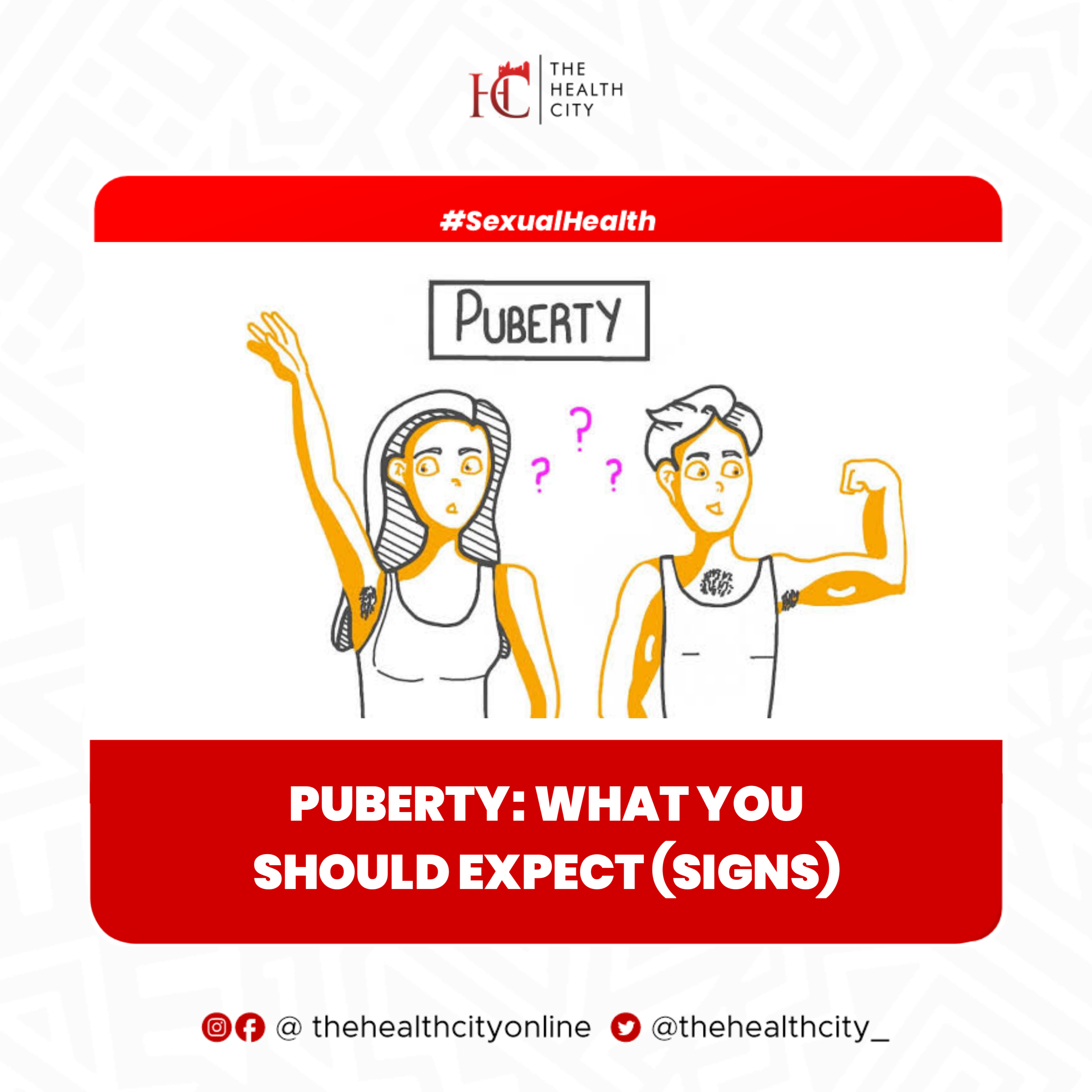 PUBERTY : WHAT YOU SHOULD EXPECT (SIGNS) IN BOTH MALES AND FEMALES

Puberty can be different things for different people. Two major incidences stood out for me as a young teenage girl which became major highlights of my puberty phase. As a 13-year-old teenage girl I used to have a lot of acne on my melanin face. The struggle was a lot. My mum would buy different products, consult cosmetics vendors yet nothing was getting better about my face. On a random day during a Basic Technology class, my teacher just made a random comment to the class and called me out as pimples infected face. The whole class burst into laughter and till date I still feel very offended at what that teacher said. This is because my face as at that time was a huge reason for my low self-esteem at that time. Nonetheless to say, the acne faded on it after some years.

Another major incidence that stood out for me was the rush of emotions I felt the day I saw red brown patches on my underwear, Wheeewww!!!! It was a Christmas morning. My sisters and I were in the kitchen cooking for Christmas when I started feeling the constant cramping in my stomach. Voila, I entered the toiled and found out that I had just been “brought into full womanhood’’. The next few days were filled with a lot ranging from mood swings, sore breasts and increased bleeding.

Puberty is the period when a boy or girl becomes sexually mature. This usually comes with different psychological and physical changes in both genders. Signs of puberty begins at 12-16 years for boys and 8-14 years for girls averagely. It happens earlier in females than males.

Changes occur with the male genitals during puberty. The testicles grow bigger and darker. The penis grows wider and longer. Ejaculation also begins which is the basis of wet dreams in teenage boys.

Both genders experience growth in different parts of their bodies. There is an increase in the height, feet, hands, muscle mass, Adams apple and shoulder width. Males also have an increase in depth of voice. Some males my express Increase in breast size (Gynecomastia) which would usually go away after a few months. With these changes comes with the desired masculine look for males.

Both male and female can experience acne during the puberty phase. Acne in young adolescents can be very disturbing. It can affect self-esteem. However, it would go on its own after sometime. Sadly, it could take months or even years. The increase in acne during the puberty stage is as a result of the overactivity of the oil and sweat glands.

This could also cause body odor. This would necessitate an improvement in personal hygiene.

There is an increase in body hair in different parts of the body for both males and females. For females, hair begins to grow in the pubic area and the armpit region. Hair becomes thicker, fuller and curlier. Males may experience hair growing in the arms, legs, face, chest and pubic region.

One of the early signs that presumes the onset of puberty. This is common as females begin to experience different consistencies through their cycle. This is usually due to the changing hormone levels through the cycle of females.

Mood swings in both males and females is very common.

Guys have mood swings too!

Emotional changes could become more intense during the puberty phase. This is also due to the changing hormone levels in the body.

Females usually have change in their physical body shape during their puberty period. Typically, Hips get wider and waist get smaller. This change occurs steadily during the puberty period. During this period, females get the desired hourglass feminine shape.

Females experience their first occurrence of menstruation (menarche). Some girls have bright red blood flow for the average 2-7 days while some others have just red-brown spotting before the flow. Periods may not be as regular in the first few months. It takes months and in some cases years to normalize and for the body to adapt to the changes.

Puberty takes years, the body takes its time ti transit into ‘’sexual maturity’’. We are all different, hence different bodies go through its own transitions at its own time. Some may have early onset, while some catch up later.  If you have concerns about certain parts of body as regards development, you can speak to your doctor.

It’s normal for young people to worry about fitting in....

When it comes to birth control, the options can feel...

Do you know certain foods can increase your joy as...