Did you know about condom allergy? 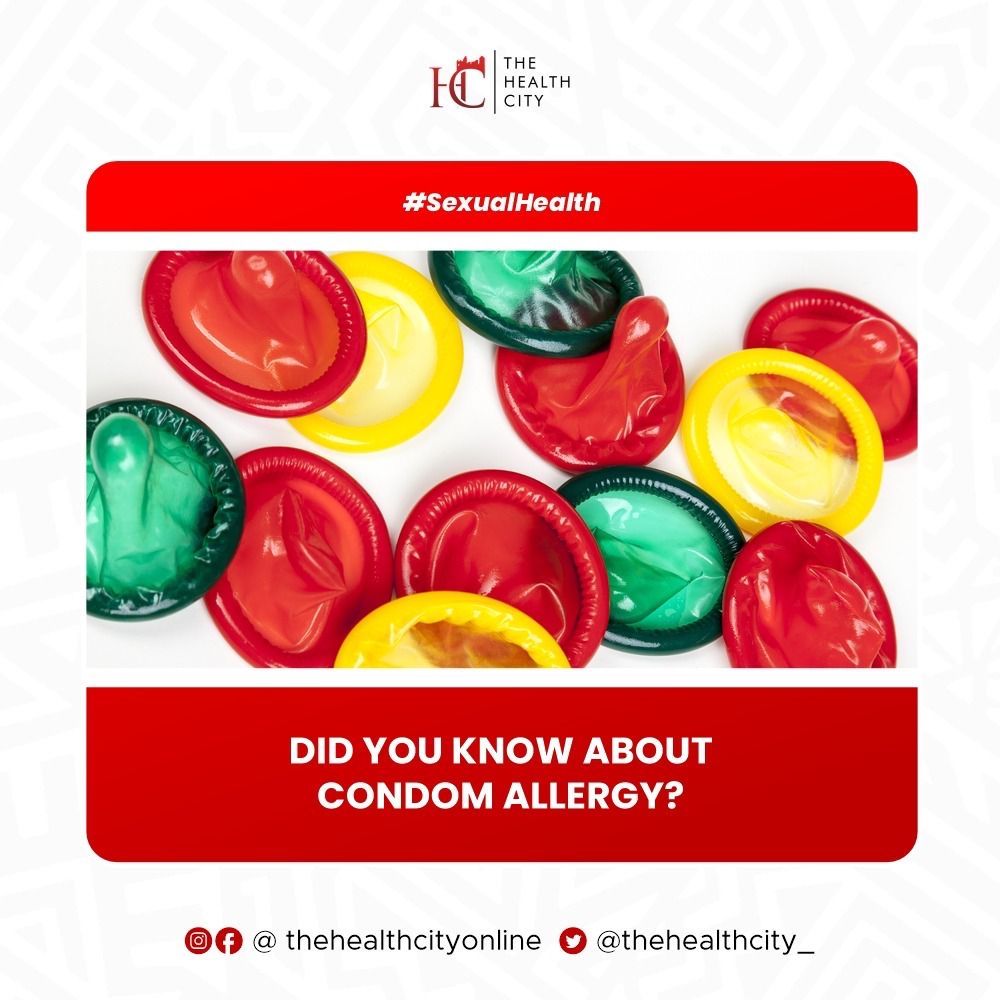 Did you know about condom allergy?

Let’s play a quick round of the Imagine Game, shall we?

Imagine that a couple of hours after protected sex using a condom, you begin to witness some “manifestations”. Your genitals start to itch and fell like they are on fire. Rashes break out, you are having difficulty breathing, your eyes are watery, your throat feels scratchy, and it feels like you are going to pass out from the pain and discomfort any minute.

If I were you, I imagine that I would think my village people have finally gotten to me and I had weirdly contracted some strange fast-acting sexually transmitted infection from my last adventure. However, what you might just be experiencing is a condom allergy, or more specifically an allergy to latex in condoms.

Touch not the Latex Condom

Latex allergy is a real thing. You might have heard some guys say they don’t like to use condoms because they get negative allergic reactions from it. I can’t say if they are all saying the truth o, but some people are allergic to condoms. It is estimated that about 4.3% of people (all genders inclusive) are allergic to latex, and this includes latex condoms.

Latex condom allergy does not only manifest in the genital area as one can experience swelling even in areas that did not touch the condom. Other allergic reactions to latex condoms can be difficulty in swallowing, facial swelling, blisters, vomiting, lower blood pressure, fainting, and even anaphylaxis, which is a severe, potentially life-threatening allergic reaction.

An allergic reaction is simply one of the marvellous ways the body defends itself. In the case of a latex condom allergy, the body’s sole purpose is to fight off certain proteins in latex that the immune system deems harmful. The allergy symptoms experienced are because of the antibodies released by the immune system to fight the “harmful” proteins.

These symptoms may last for a few hours or a few days. It is very important to seek medical care if the symptoms do not seem to be lessening over time.

To use or not to use: What are the alternatives?

It goes without saying that if you have a latex condom allergy, you should NOT be using latex condoms. However, the good news is non-latex condoms exist! Brands like Durex and Trojan produce condoms made from materials such as polyurethane and polyisoprene which do not cause allergic reactions like latex condoms. You may also want to try lambskin condoms if they are available in stores near you.

There is also a possibility that the latex condom allergic reaction is because of the spermicide on the condom, or the type of lubricants being used. It would, therefore, be important to avoid condoms lubricated with spermicides, as well as lubricants containing ingredients such as glycerine that may cause irritation, and possibly an allergic reaction. Lubricants made from natural lubricants also exist and it would be great to give them a trial.

Have you ever experienced an allergic reaction of any kind? Share with me how you got through it in the comments below.

Anita Graham is a feminist writer advocating for the sexual and reproductive health of adolescent girls and young women in Nigeria. She can be found across social media on @Tsolayemi07

WHAT ARE SEX LUBRICANTS?

Sex Lubricants are substances that help reduce wear and tear;...